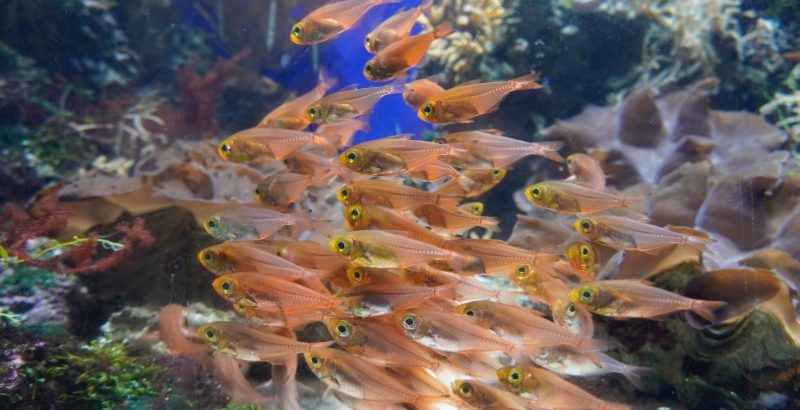 Singapore is a hotspot destination for tourists around the world. Right from futuristic attractions to ethnic pockets, there are many places and things to explore in Singapore. One of the major tourist attractions of Singapore is Sentosa Island, an island that is constructed purely for the purpose of recreation and entertainment. While Sentosa Island offers many things, the S.E.A. Aquarium is one of its star attractions. Spread around an area of 20 acres, the S.E.A. Aquarium is one of the largest aquariums in the world. It offers you the chance to see, learn, and enjoy the fascinating underwater world. Here you would get to know everything about S.E.A. or Sea World Singapore.

All You Need to Know About S.E.A. Aquarium

S.E.A. Aquarium or South East Asia Aquarium is a favourite amongst both adults and children. Here, you would get to see the beautiful underwater world like never before. The S.E.A. Aquarium is home to more than 100,000 marine animals amongst 1000 species, approximately. The aquarium is divided into 10 zones, and its inhabitants are segregated into 50 habitats. At the Sentosa S.E.A. Aquarium, you would be able to see a variety of aquatic species, including reef manta rays, hammerhead sharks, giant Moray eels, giant crabs, groupers, scalloped hammerhead sharks, silvertip sharks, etc. In fact, the aquarium has an array of shark species, like never seen before.

The Zones of S.E.A. Aquarium

The zones of S.E.A. Aquarium replicate the different seas and oceans around the world. Each zone has marine life from the geographical area it belongs to.

At this zone, you would get to enjoy watching numerous warm water fishes like longhorn cowfish, fairy basslet, orange-lined triggerfish, etc. You would also get to see beautiful corals here.

The South China Sea Zone comprises squirrelfish, soldierfish, and lionfish. It is also home to a colony of lobsters. You would also get to see moray eels here.

This zone replicated Lake Tanganyika and Lake Victoria, two freshwater lakes of Africa. Here you would get to see some sea creatures like African tigerfish and frontosa.

Strait of Karimata and Java Sea:

Along with different types of marine animals, this zone also houses a shipwreck at the bottom. Moreover, you also get to see batfish, pompano, Naoplean wrasse, threadfin trevally, etc. here.

The Bay of Bengal and the Laccadive Sea:

The Bay of Bengal and Laccadive Sea Zone comprises some of the rare and endangered animals and plants, including clownfish, reef lobsters, and garden eels.

Strait of Malacca and the Andaman Sea:

Here you would get to see some interesting sea animals like sea cucumbers and sea stars. You would also get to see blue flasher wrasses and leopard wrasse here.

The Ocean Journey Zone gives you the chance to have a close encounter with Indo-Pacific bottlenose dolphins. You would also get to see different types of jellyfishes and a giant spider crab here.

As the name suggests, this zone is all about sharks. It is home to more than 70 sharks, amongst 12 species. Here you would get to see one of the world’s largest coastal sharks, i.e. the sandbar shark. Some other species of sharks that you can see here include silvertip sharks, scalloped hammerhead sharks, leopard sharks, etc.

The Open Ocean zone is the star attraction of the S.E.A. Aquarium. It has been constructed to resemble the vast ocean. The extensive ocean beyond the glass panel would give you the chance to see a vast variety of aquatic animals, including manta rays, leopard sharks, etc.

To explore the S.E.A. Aquarium, you can choose amongst the various options: Standard Entrance, VIP Tour, and Ocean Dreams. The Standard Entrance gives you the chance to explore the entire aquarium on your own, while the VIP tour is a private tour that lasts for 3 hours. On the other hand, Ocean Dreams is a special package, where you not only get a 90-minute guided tour with an expert but also the chance to stay at the aquarium overnight.

Important Things to See and Explore at S.E.A. Aquarium

While everything you see at the S.E.A. Aquarium Singapore Rediscover is fascinating, there are some that you should definitely check out:

This cylindrical habitat is home to a splendid reef that consists of over 5000 fishes belonging to 100 species. Although named Coral Garden, this habitat does not have any live corals (only artificial corals), as the reef-eating fishes are likely to destroy all of them.

This interesting gallery, with its special lighting, gives you the chance to observe the beautiful sea jellies floating in the water. You would get to see species of jellyfish here, including the moon sea jelly and the white-spotted sea jelly.

Do not be disappointed about not seeing live corals at the Coral Garden. Rather, make your way to the Underwater City Zone, where you would get to see more than 20 species of soft corals and 100 species of hard corals.

If you are not satisfied by just watching the marine animals swim in front of you, head to the Discovery Pool for some interesting experiences. Here you would get to interact and feed different types of marine animals like epaulette sharks, sea stars, etc.

When you get tired of exploring this huge aquarium, take a break and head to the Ocean Restaurant, where you can savour some of the most delicious and juiciest seafood. Moreover, you also get to watch sharks, rays, and other fishes swimming around you, while you dine in this aquarium-themed restaurant.

Before you head out of the aquarium, do stop at the gift shop on the premises. In fact, there are two shops: SEAA Wonders and SEAA Treasures, where you can buy apparel, plush toys, and accessories related to the aquarium theme. The best thing is all the products found in these stores are eco-friendly.

The S.E.A. Aquarium in Singapore’s Sentosa Island is a marine wonderland. With so many zones and habitats to see and explore, it promises to give you an experience like no other.

Singapore tourist / visit visa for UAE Inhabitants
Talk to Expert at Toll free no : 80072962 OR
Get Instant Reply